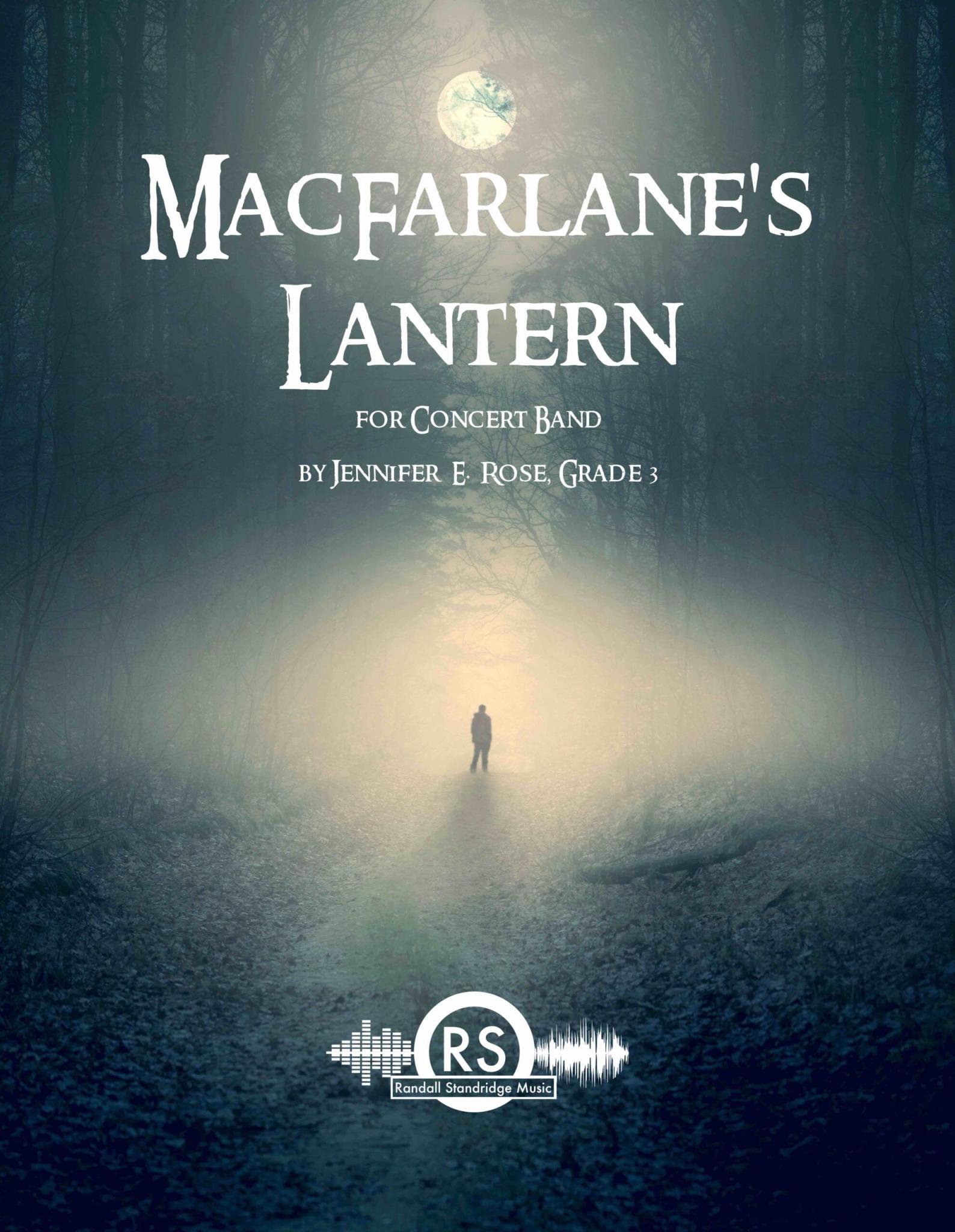 For much of their history, the Macfarlane clansmen were a rambunctious and rebellious group. Their rallying cry, “Loch Sloy”, was used as a signal for night raids to take cattle from their richer neighbors.  They even had a song called “Thogail nam Bo theid sinn” or “To Lift the Cows We Shall Go”.  It is because of their very successful night raids that the full moon that shines over the Scottish Highlands became known as “MacFarlane’s Lantern”.

Notes to the conductor

This should be performed between 112 and 124.  Except for a slight ritard in measure 4 and an a tempo following at measure 5, the beat should remain consistent throughout.

The Bodhran or Celtic Hand drum should be played with a double-headed mallet.  If a hand drum is not available, a dampened 8”-12” concert tom is recommended as an alternative.

Jennifer E. Rose (b. 1978) is an American composer, sound designer, audio editor, and music educator based in Joplin, Missouri.  A former Oklahoma band director of 15 years, Rose is passionate about engaging students through performance.  Her compositions are full of drama and intensity while maintaining an accessibility that even the smallest of ensembles can successfully perform.  Lately, her genre-breaking scores that incorporate electronic sound design and acoustic instrumental elements have garnered the attention of ensemble directors worldwide.

Prior to her full-time composition career, Mrs. Rose was a small school band director serving as the Director of Bands for Wyandotte Public Schools in Wyandotte, Oklahoma.  Her experiences as a small school director drive her commitment to arranging for small ensembles and composing contemporary concert music that is accessible to all types of ensemble instrumentations.

Jennifer holds a Professional Artist Certificate in Composition and Master’s degree in Composition & Technology from the North Carolina School of the Arts as well as a Bachelor’s Degree in Music from the University of Arkansas.