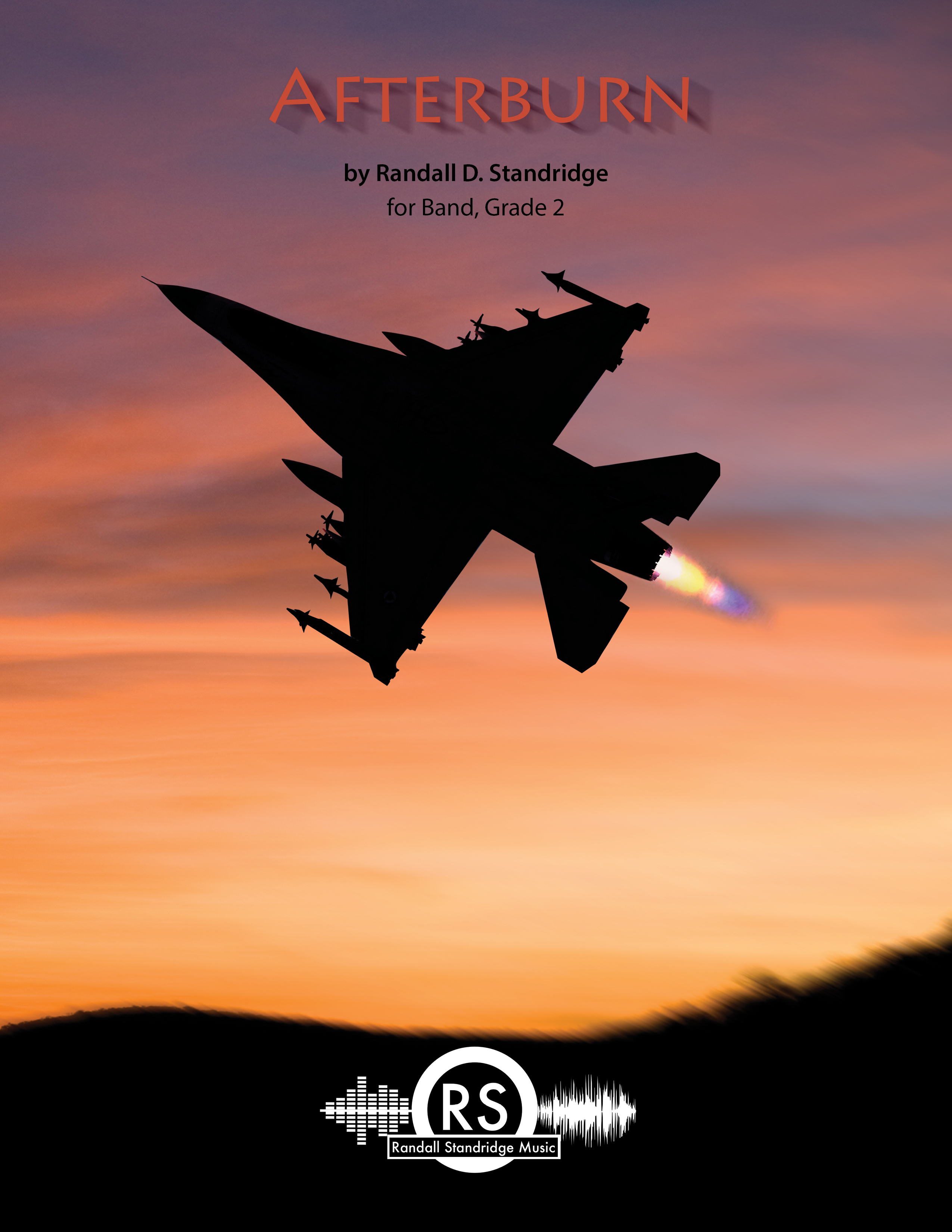 This piece seeks to capture the emotions of flight in a supercharged jet plane: excitement at takeoff; awe at the beauty of the earth; and an adrenaline burst of joy when the afterburners kick in.  An exciting musical ride for bands that is not to be missed!

Afterburn is a piece for young concert band depicting the excitement and exuberant feeling of flight. When watching a jet in the sky, it's impossible not to imagine the thrill and rush the pilot must feel when kicking in the afterburners, that sudden burst of speed. This piece seeks to capture the many emotions a person may feel in such a situation: excitement at take-off, majesty at the beauty of the earth, peace in the clouds, and a burst of joy when the afterburners hurtle them through the sky.